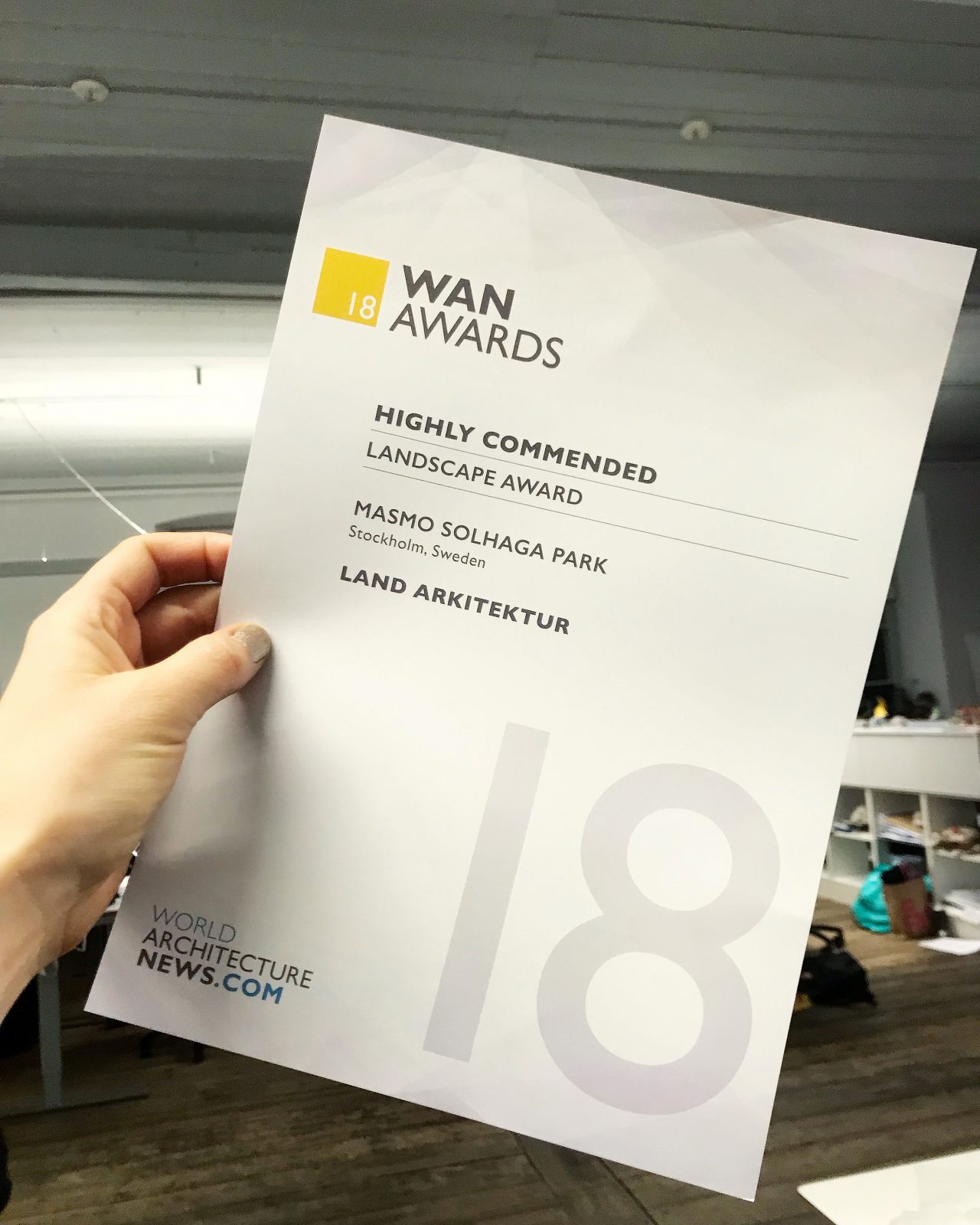 ”In Masmo, in the outskirts of Huddinge, you will find one of Stockholm´s most spectacular subway entrances. The project is situated in an area that has struggle with rather low economic and social conditions. It consists of two parts: A subway entrance and a park situated between high raised residential buildings. The subway entrance and the attached park was an unused, and in the inhabitant’s mind unsafe spot that only served an everyday task – going in and out from the subway and directly to your home.

Masmo- Solhaga is a project with a very small budget (totally ca 1 million euro on 12 000 m2 park and square). It is an attempt to create an important public space with small means by using standard equipment in a different way. The project has become a new important destination in an area that has struggle with rather low economic and social conditions.

The project creates a link between the man made square and the nature behind it by features as the red poles and lightning system, features that gives the presence of the mountain its prominence. From the square at the subway entrance a stairway leads down to an activity park, which has been established in close dialogue with the municipality of Huddinge and an adjacent school. Several design elements are linked to the subway entrance making into one project: The red poles, prefabricated metal-cased concrete pipes, which serve as seating, plantings and play functions.”